A season in Division 1 was always going to be difficult for the newly promoted Castlehill F team; I know how Norwich must feel. We have played three games in the TAFCA Online Winter League 2021-22 so far. In our first game we were as expected thrashed 4-0 by Castlehill A, although no game was a disgrace for any of the F players. In our second game we took our cha 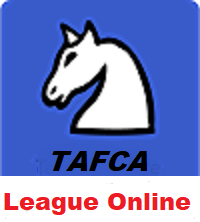 nce against a reduced strength Castlehill E side and won (I drew against Ed Walton on Board 1, Subhayu Bannerjee won by default against a no-show, and Gordon Thomas had a fine win against Ananthi Ramachandran), although both teams had difficulty fielding a full side. In the our third game  we achieved a very creditable 2-2 draw against Castlehill C, with wins by Subhayu Banerjee and Gordon Thomas. St Andrew’s A is next. Being pessimistic, I still think we will go straight down again, with two relegation places to fill, but if we do we can hold our heads up high.