Well as AGM`s go it was not to bad! Started about 7:45pm, finished by 9pm! No need to bore you with the reports etc, etc, just give the trophy winners! Poor year for Castlehill but could have been better, but that`s life.

Here we go and congratulations to all winners!
LEAGUE DIVISION ONE CHAMPIONS: Dundee A for the 6th year in a row! Castlehill A finished on the same points but lost out by ½ a board point (Tie-break)
Dundee A team players:
David J Findlay; Ed Spencer; Alan P Borwell; Alastair Dawson; James Anderson & Frank Stevenson 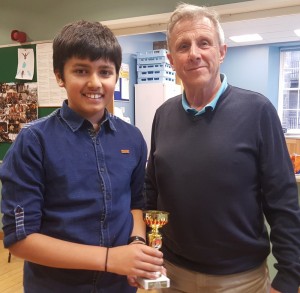 Also presented on the night was the SNCL Division One trophy won for the 2nd year in a row by Dundee City A a joint venture between Castlehill CC & Dundee CC! 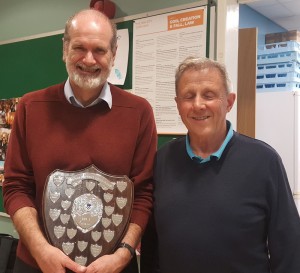 David J Findlay collected the trophy on behalf of Dundee City A!

Until next season, it`s good night from TAFCA!