In a field of 66, Declan Shafi was seeded 19th, Ben Volland 42nd and Alastair Dawson 45th.

Master Declan Shafi (2146) had a good tournament finishing equal 7th on 6 points, with a TPR 2148! Knowing Declan he would like to have done more, but seeded 17th and to finish 7th is more than average in a strong field. Not only that in round 8 he drew with Craig Pritchett IM (2274)! Always proud of this young man! 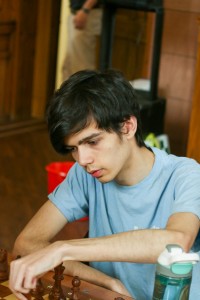 Master Ben Volland (1846) also had a good tournament finishing in equal 28th place on 4½ points with a TPR 1858, a plus on his grade! We can`t ask better than that, but Ben might knowing him! Well played young man! 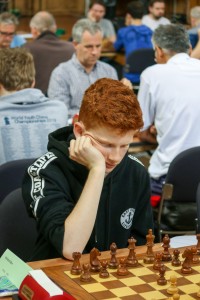 The old man of the team was Alastair Dawson (1796) who out shone the last two performance wise! They say you can’t teach an old dog new tricks, but there must have been something in the water as Alastair finished in equal 28th place (with Ben!) on 4½ points and a TPR 1968! Talk about turning back the hands of time!

Alastair drew with a 1926 and beat a 1873 and a 2000 player along the way! Alastair the news of your chess demise was unfounded and we all knew that anyway! Well played! 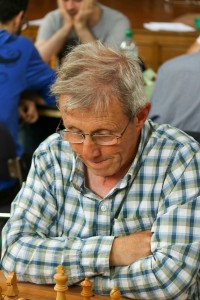 Alastair Dawson, that makes you my star player of the Scottish Championships for Castlehill. Not bad for an old man against two young guns!